Book Review and Author Interview: Chenxi and the Foreigner by Sally Rippin 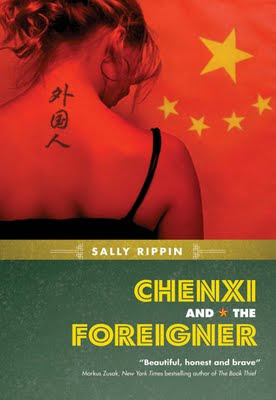 "Every student watched Chenxi and the foreigner and every one of them had something to say about it."

It is April 1989 and eighteen-year-old San Francisco native Anna White is visiting her father in Shanghai. While in Shanghai, Anna, who is an artist, will learn traditional Chinese painting. One of Anna's classmates at the Shanghai College of Fine Arts, Chenxi, has been assigned as her translator and tour guide. Anna falls head over heels in love with the handsome, mysterious, and talented Chenxi.

There are student protests in China while Anna is there, and Chenxi is one of the students protesting the Chinese regime. When Anna is forced to return to the United States, the protests culminate in what the Chinese government calls the June Fourth Incident, but the Western world calls the Tiananmen Square Massacre.

Chenxi and the Foreigner, by Australian children's/YA author and illustrator Sally Rippin, is a very brave YA novel about being a wai guo ren (outsider/foreigner), obsession and infatuation (how Anna feels about Chenxi), and the economic growth and political and social tensions in China in the late 1980s. It's a gently powerful novel that is amazingly honest in its portrayal of life in 1980s China and of the life of teenagers in general.

The sights, sounds, smells, tastes, and feel of China are very much alive and authentic in Chenxi and the Foreigner - in everything from how the Chinese speak English to how life is like in the Chinese countryside to how the Chinese treat foreigners. We see the country through the eyes of Anna, who is curious and open to the culture but definitely has the confusion and natural biases of a wai guo ren, but the tone of the novel is never condescending or disrespectful. And China is never exoticized. 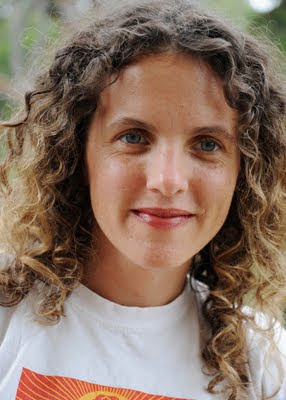 Into the Wardrobe is the last stop on Sally Rippin's blog tour and I had the great pleasure of interviewing Sally. Thank you so much, Sally!

What was it like as an Australian partly growing up in Brunei, Hong Kong, and China? What are some of your strongest or favorite memories from Asia?

I have very strong memories of all these places: they have become part of who I am. Even Brunei, I was very young, but I remember my Ah Ma (my nanny) washing my mouth out with soap for having said a rude word in Malay. I’m sure I can still remember the taste of soap! I remember my best friend lived in a houseboat, and my Ah Ma and I would have to walk across all the other houseboats tethered to the port to get to his. I remember, too, my parents asking me to ask things of my Ah Ma, because I could speak Malay and they couldn’t and not understanding why if they wanted to ask her something couldn’t they just ask her themselves! I’ve lost all my Malay now, unfortunately, but I think having grown up in Asia as a child meant that when I went to live in China as a teenager, I picked up Mandarin very quickly. I still speak Mandarin Chinese but it has become very rusty, though when I go back to visit my father in Shanghai I’m always surprised at how quickly it comes back.

Wow, that's amazing, Sally! I wish I knew how to speak Mandarin.

How has partly growing up in Asia molded you as a person? How has it influenced your writing and illustrating for children and young adults? 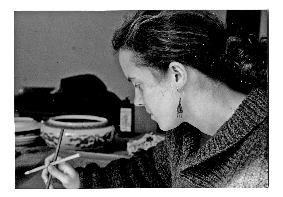 It influences everything. From the stories I choose to tell to the technique of illustration I use. Many stories I write for children are about Chinese-Australians. I am particularly drawn to exploring stories of outsiders whether they be new immigrants, artists or troubled teenagers. These are the characters I most identify with from having been called a ‘foreigner’ much of my own life.

I studied Chinese painting for three years in China and still use brush and ink for many of my illustration work today. Even when I am painting in a way that may not be recognizably Chinese, I am very influenced by Chinese composition and, like traditional Chinese painters, I am always aware of the importance of white space.

(Above is a picture of Sally as a teenage art student in China. Below are some of Sally's illustrations influenced by Chinese art.) 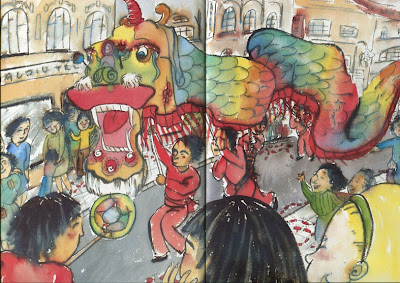 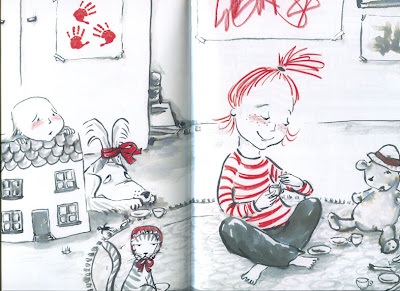 There is a lot of my novel based on my own experiences studying in China and events of the time, but the love story between Chenxi and Anna is invented. I imagine many writers combine their own experience with imagination. For me this is the key to creating a story that feels authentic and true. The ‘real’ Chenxi was my best friend in Shanghai and I am still in touch with him even though we haven’t seen each other for years. He now lives as an accomplished painter in Austria. The invented Chenxi, is a composite of many of my friends, all the best bits of course, plus lots of imagination. That’s one of the best things about writing – you can create your ideal guy!

Chenxi the character is certainly interesting and attractive as a very independent and rebellious artist!

What were the challenges and rewards of writing Chenxi and the Foreigner? What was the path to publication for the novel?

Without knowing it, I began writing the first drafts of Chenxi while I was still living in China in my early twenties. While I was living in China I wrote lots of short stories, letters and diary entries that I was then able to use later to pull my novel together, a process that took many drafts and many years. Before Chenxi, I wrote another novel, basically to learn how to write a novel. It was never published but an editor at Penguin took an interest in it and encouraged me to write something for Young Adult readers as that was her particular area of interest. I re-wrote the novel three times, under her guidance, over a period of three years while I was living in the South of France with two small children. Eventually the editor left Penguin and wasn’t able to take the novel with her to her new publishing house but by that time the novel was polished enough to send elsewhere. It was published with a new publisher, went out of print, and then was picked up by Text Publishing in 2008. They have since sold it into five countries – so, to my joy, almost twenty years after I first began writing it, it keeps on living!

I'm not surprised that it keeps on living. It's quite a lovely novel.

What do you want readers to take away from Chenxi and the Foreigner?

Firstly, a love of my characters, and secondly a love of place. I would love readers to become interested in China after reading my novel and to hopefully have an insight into a fascinating and culturally-rich country that is changing so rapidly that my novel seems to have now become a piece of history!

You have me there, Sally! I want more of Anna and Chenxi. And I hope you write more novels set in China.

What is your favorite response to Chenxi and the Foreigner from either a critic or a reader?

I received a lovely review from a young Chinese-Australian reader who thanked me for introducing her to a period of history that she hadn’t been aware of, even though she had been born in China soon after those events. I guess the new edition of this book has given me the opportunity to revisit and document a significant time in Chinese history, particularly now that I know that it has become a taboo topic in other forms of Chinese media. I would hate to think that the hundreds of protestors who lost their lives in Tiananmen Square and many others in the months afterwards, could simply be erased from history. I rewrote the new edition of this book in their honour.

(Sally provided these pictures of student protests in Shanghai in 1989.)

Do you have a message for readers in Asia?

Not particularly, I am just so thrilled to find a readership there! I would love to hear from anyone in Asia who has read any of my books – if there is anyone out there? :)

Check out the other stops on the blog tour to learn more about Sally!

Hey! Teenager of the Year

Also, check out Sally's blog! She has recently posted photos from her time in China. 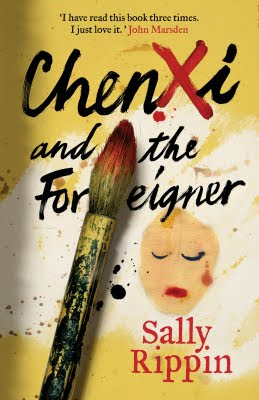