Pictures from the NCBA Ceremony 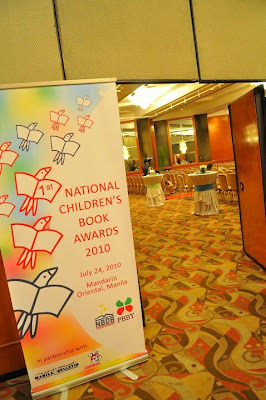 Here I am with fellow judge Maria Elena "Mailin" Locsin. I had just arrived at the awards ceremony and was anxious to announce the winners to the whole world. To the left is Rayvi, a pioneer in Filipino young adult literature and the man behind the awards! 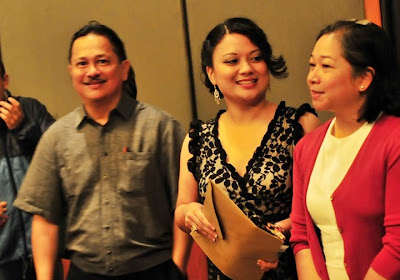 From left to right: the fabulous Atty. Andrea Pasion-Flores, executive director of the Philippine National Book Development Board, and my fellow judges Karen Ocampo Flores, Dr. Lina Diaz de Rivera, moi, and Mailin. (Ana Maria F. Rodriguez, also a judge for the awards, was unable to attend the ceremony.) 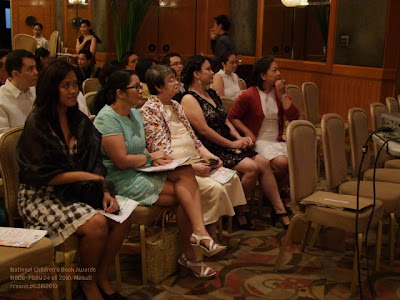 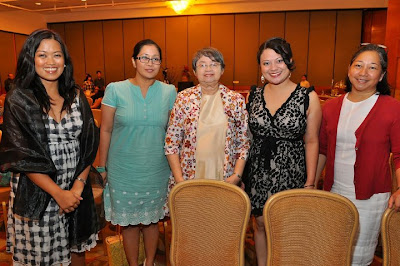 Author May Tobias-Papa receiving her award for Araw sa Palengke: 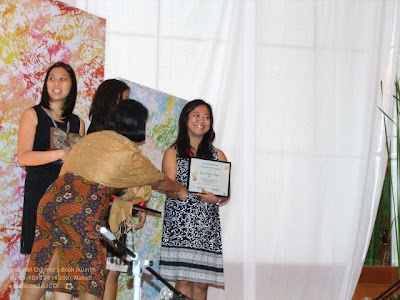 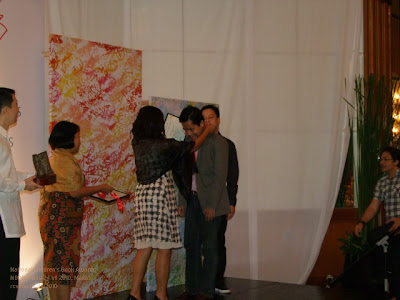 Author Russell Molina accepting one of his awards . . . He won two! One for Tuwing Sabado and one for Lub-Dub, Lub-Dub. (Author/illustrator Jomike Tejido also won two awards - for Tagu-Taguan and Lub-Dub, Lub-Dub - but was unable to attend the ceremony.) 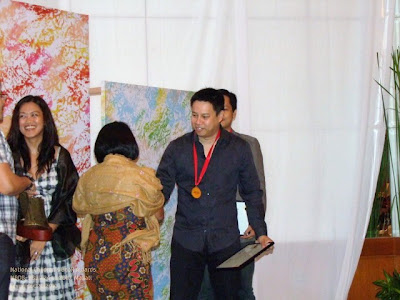 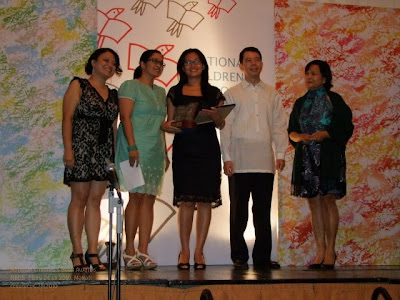 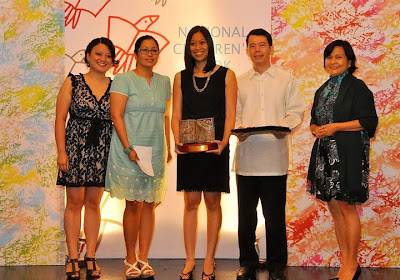 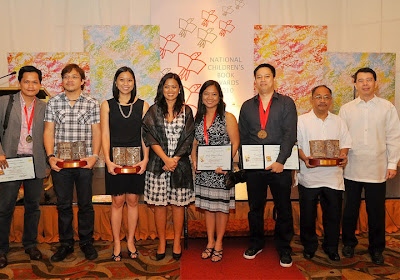 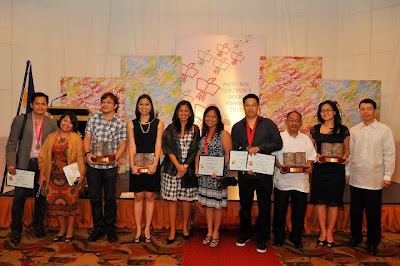 And real kids were at the awards ceremony!!! Yaaaaaay. 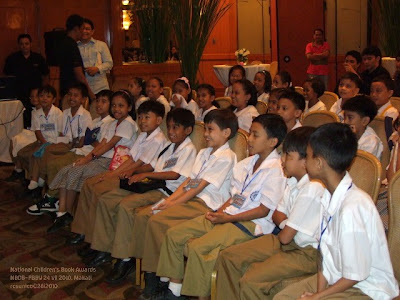 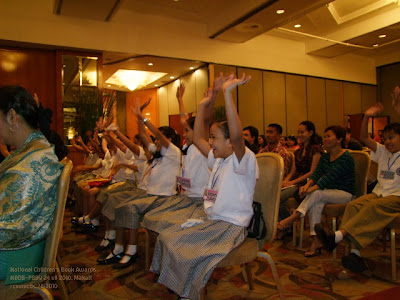 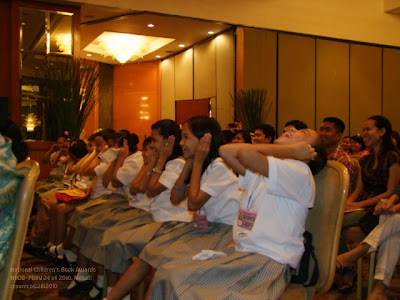 Thank you to Rayvi and to the Philippine National Book Development Board and Daniel Tan for these pictures. =D