I am so glad Ken is here today as part of Provato Marketing's big winter blog tour. :D Ken is the author of these great picture books:

Baseball Saved Us (illustrated by Dom Lee and published by Lee & Low Books, 1993) 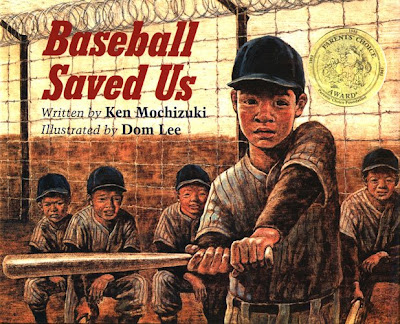 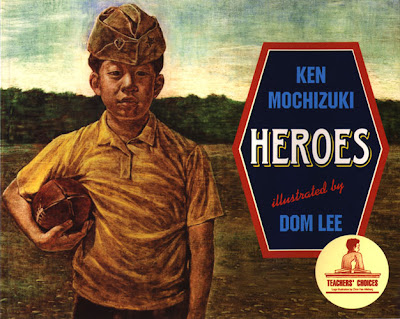 Passage to Freedom: The Sugihara Story (illustrated by Dom Lee and published by Lee & Low Books, 2000) 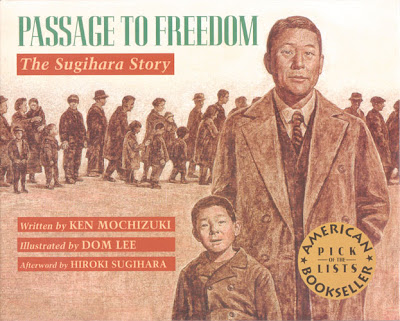 Be Water, My Friend: The Early Years of Bruce Lee (illustrated by Dom Lee and published by Lee & Low Books, 2006) 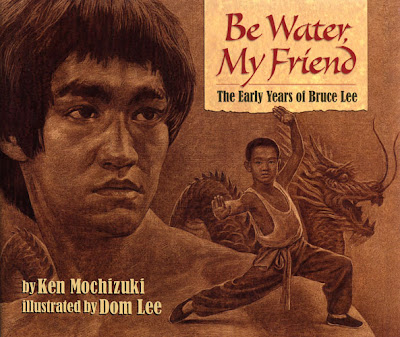 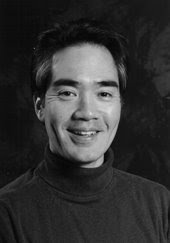 Ken, why do you write books for children and young adults?

It was because of a classic case of serendipity, or a fortunate accident. Up till 1991, my aspiration was to become a writer of adult novels. That year, I received a phone call from a Philip Lee in New York. He got my name from his wife, Karen Chinn, who I knew while she was in Seattle. Philip said he had started the children’s picture book company, Lee & Low Books, and was searching the country for authors and illustrators for its first published books. I had never written anything for children or young adults, but then Philip suggested the topic that became my first picture book, “Baseball Saved Us.” The critical and commercial success of that book launched me into a now 16-year career.

Do you have a particular writing process or any writing rituals?

Once I have a setting and characters for a story, I usually come up with the ending of the story first. And then I rewind all the way back to the beginning and try to get those characters to that end. That’s where the work is – filling in all between those two points.

“Bad writing days” are: 1) When I can’t go any further, or “writer’s block” occurs. Students ask me if I go for a walk when that happens. I answer that I could walk forever and nothing is going to happen. Only in the actual process of writing will anything happen. So, either I “write my out of it,” which means that I don’t judge what I’m writing; I just do it and worry about how it fits in later. If that doesn’t work and I can’t bring myself to work on the current project, then 2) I go on to some other form of writing, like answering e-mails or responding to blog interview questions or reading a book.

What books and authors have influenced you the most as a writer for children and young adults?

As much as I hate to admit it, I learned the most about storytelling from serial TV of the ‘60s. Series like “The Twilight Zone” and the original “Star Trek” employed classic story construction that I learned from as a child that would later come in to play in any type of fiction writing, including those for children and young adults.

However, I do have a Big Three for YA: Judy Blume, for being daring and for still being one of the most censored authors in America; Laurence Yep, who can turn any complicated concept or information into mythology; and Walter Dean Myers, who can write about tough inner city life without using a four-letter word. And I always give credit to Yoshiko Uchida, a Japanese American picture book and YA author who came before me.

You have worked as an actor and as a journalist. How have these experiences affected your writing for children and young adults?

Being a print journalist served as excellent training for becoming a children’s book writer, especially for picture books, since all require knowing how to say the most with the least amount of words. An actor studies human behavior, motivation – why do people do what they do? That comes into use when creating characters and their actions.

Which books would you like your work to match or surpass (in terms of writing, impact, popularity, or awards)?

If I could have the body of work that Linda Sue Park has, I would be happy. As far as a single book goes, if I could produce something like Sherman Alexie’s “The Absolutely True Diary of a Part-Time Indian,” I’d be happy with that, too!

Can you tell us a little bit about your book tours, school visits, or workshops?

This if from my current “Fact Sheet” and upcoming Web site: “During the past 16 years, I have conducted presentations around the country. For presentations based on my books, Baseball Saved Us and Heroes, I concentrate on making stereotypes, prejudice and racism understandable for students. I begin each program with an age-appropriate discussion of stereotypes. For earlier grades, I frame the subject in terms of "assuming without knowing" and name-calling. I use examples of how I have been affected by stereotypes in my own life.

For presentations based around Passage to Freedom: the Sugihara Story, I conduct an age-appropriate discussion of the Holocaust, focusing on the issues of the moral dilemma and conscientious choice. I also read Be Water My Friend: the Early Years of Bruce Lee, a picture book biography that address fighting and bullying. I accompany all readings of my books with the books' illustrations on slides. I also conduct a lecture on the history of Asian Pacific Americans in the U.S. military; and presentations about my Young Adult novel, Beacon Hill Boys (both for middle school and above).”

What are some of your favorite experiences from signings, interviews, and other promotional activities for your books?

Within those past 16 years, I have been invited to cities and towns around the United States and even in Germany once. Just the fact that I have been able to do that would be a “favorite experience.” Particularly rewarding for me is when a student or teacher tells me that one of my books has positively affected their lives. A memorable experience would be reading Passage to Freedom at the huge auditorium at the U.S. Holocaust Memorial in Washington, D.C.

What children's and young adult books are you reading now?

Most of the books I read are for research purposes for whatever writing project I am working on during the time. I should read more children’s books and YA. The most memorable book I have read within the past year is Alexie’s “The Absolutely True Diary of a Part-Time Indian.”

Do you keep up with the blogs of the kidlitosphere? Which do you read regularly? Have you considered starting your own blog?

I’m an old Baby Boomer, so I’m trying to get with the 21st century but haven’t been a regular on the kidlitosphere. I’m looking into incorporating a blog on my new Web site.

I was working on a YA novel, but that has been put on hold while I await feedback from editors. In the meantime, I’m working on another picture book. I don’t like to divulge what they are until they are for sure (a contract already signed!), but they will have American characters of Asian descent again.

Do you have a message for your readers in Asia? :o)

As far as historians currently know, Filipinos were the first Asians to permanently settle with their own communities in North America during the 1700s; they first began arriving to the shores of present-day Mexico and California during 1500s as sailors aboard Spanish galleons. Of course, we know that Chinese arrived in large numbers during the mid-1800s. After almost 500 years in America, we Americans of Asian descent are often not seen as Americans, but as foreigners, as recent immigrants to America. Many of us Asian Pacific Americans, including myself, are trying to correct that perception. That issue plays a major role in why I do what I do.

Thank you so much, Ken, for stopping by to talk a bit about your work.

For other stops on the blog tour courtesy of Provato Marketing, please click here.